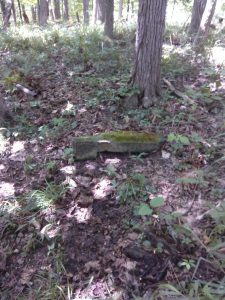 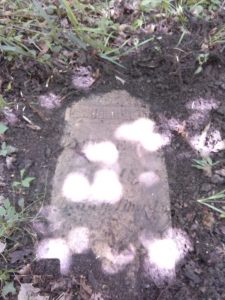 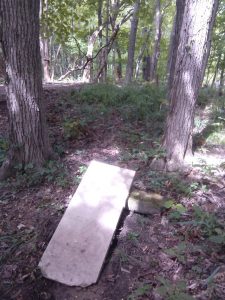 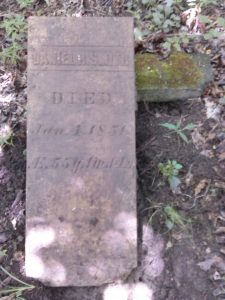 Local researcher and Liverpool Township resident Terry Hart has been hunting down veteran graves for years. He has published several books on the subject and I have been fortunate to exchange information with him many times over the years. His book on the War of 1812 veterans buried in Medina County includes a list of known veterans whose graves could not be located. I happened upon this list again just recently and noticed a familiar name on it: Daniel R. Smith. Turns out the stone I found was for a War of 1812 veteran. Born in Vermont, Daniel served in the Vermont Militia. His wife Sally was still living in 1860 in Lafayette Township with their son’s family but eventually left the area and, when she died in 1873, was buried in Oak Grove Cemetery in Coldwater, Branch County, Michigan. I was happy to inform Terry of the find and it is yet another example of how networking among researchers continues to break through brick walls in our research.

A lack of time and other life events did not allow me to return again to the cemetery in 2017 but I hope to return someday in the future and finish work on restoration and cleanup. Perhaps the stone for Daniel Smith can be reset someday and stand once again on the hill. Either way, his burial place has been documented and will never again be lost to history.