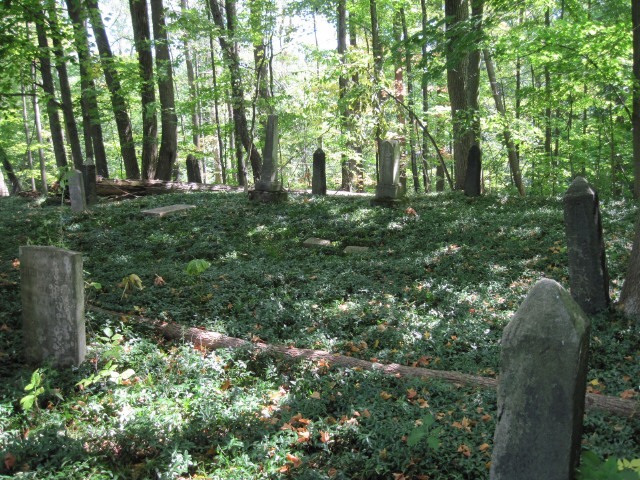 Joseph Northrop was born in Brookfield, Connecticut on June 13th, 1766. Charity, his wife, was born in Stratford, Connecticut on February 6th, 1769. They left Brookfield for Cornwall, Connecticut in February of 1796; some years later making their way to Medina. When the Northrops arrived in 1816 there were only two families living in the township. They first settled in Lot 30 on the bank of the Rocky River on the north side of the east and west road (now known as Fenn Rd.). In the first township election on April 6, 1818, Joseph was elected as one of the first township trustees. After seven years, they moved to Lot 56.

On September 8, 1823, Nira B. Northrop sold 25 of those acres back to his father Joseph (Volume C, page 78). The transfer made it so that Joseph once again owned the entire block of land situated south of what is now Granger Rd. from the west end of Lot 56 all the way up to where it hits Nettleton Rd. Joseph would also end up selling the eastern half of Lot 56 to Lewis B. Nettleton. The map below shows this:

* – some information obtained from Pioneer History of Medina County (Nira B. Northrop) Pgs. 183-184

When Joseph’s mother, Nancy Northrop, died on August 22, 1824 he selected a prominent ridge on his property to serve as the family burial place. Her interment would be the first one made there.

On April 20, 1840 Joseph sold 28 acres of land to his daughter Mary Ann Northrop (Volume U, page 299).
In the southwest quadrant of Lot 56 (contained by Granger and Nettleton Rds.), this parcel consisted of the western part of that area.

When Mary Ann Northrop sold this same property to her brother Nira B. Northrop on March 16, 1854 (Volume 7, page 12) we see that the cemetery is not only exempted from the sale but its boundaries are defined:

Following this transaction, Nira B. Northrop owned the west half of Lot 56 while Lewis B. Nettleton owned the eastern half as depicted below:

As mentioned prior, the cemetery is a square with sides thirty-three feet in length. It was surrounded by an iron fence about three feet in height and connected by stone pillars which are placed every eleven feet. Most of the iron fence has long since disappeared. The cemetery is laid out as four rows of graves, each row allowing for ten or so burials. There are no visible lot markers – not surprising being a family burial ground – though there are some groupings of family members.

The Nettletons are related to the Northrops by marriage. Nira B. Northrop’s wife Abigail is a daughter of Daniel & Eunice Nettleton. Her brother Lewis B. Nettleton owned the western half of Lot 56 for many years. The two Nettletons found buried in this cemetery are sons of another brother, David.

Despite the exemption the cemetery is not recognized as a separate land entity in the current tax map records.

Eventually the family began burying its dead in larger community cemeteries and interments here ceased. David and Elizabeth Nettleton buried their sons here but they are buried in Bagdad Cemetery. Morris and Relief Northrop buried their son here but they are buried in Spring Grove Cemetery. The son of Benjamin and Laura (Northrop) Potter was the last known burial here in 1886 but they were buried in Spring Grove. There is even evidence that bodies were removed from here and reinterred elsewhere.

No original records exist for this cemetery. The only burial information has been compiled from the remaining headstones. Despite the presence of at least one veteran burial, the WPA did not do a survey of this cemetery.